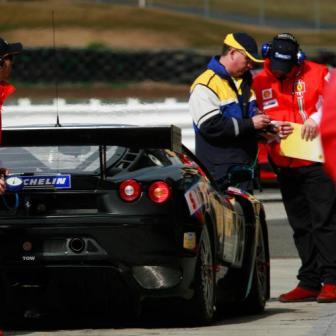 Competition Systems has been behind some of the  most successful open wheeler and sports car teams in Australia. With past race wins in the Australian GT Championship, V8 Development Series, Formula 3 and Formula Ford over the last 15 years, we have a massive database encompassing nearly every track in this country and others. 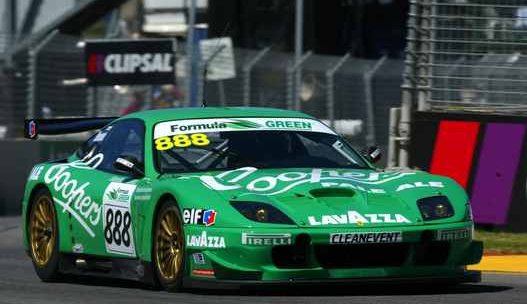 After starting off in Formula Holden, Formula 3 and Formula Ford in the 90's, Pat Cahill, founder of Competition Systems, started working in the GT field in 2004, working with Allan Simonsen in Nations Cup in Australia and later that year winning the Bahrain GT1 Festival with Allan and David Brabham.

2005 saw a great deal of uncertainty with the demise of PROCAR's Nations Cup series. But the rebirth of the Australian GT Championship was an ideal progression with the series main aim to align itself with the new FIA GT3 regulations. Team CCC was our main customer with a Ferrari 360GT driven by Ted Huglin and Allan Simonsen. This car was campaigned right through into 2007 with many lap records anad race wins across the country. The 2007 Australian GT Championship was won by Allan in the Team CCC car initially and finishing off the season in the latest F430GT3 fielded by Maranello Motorsport which was also engineered by Pat. This was also the first use of Chassissim lap simualtion technology to fine tune car set up and long distance race strategy. The 2007 Sandown GT Classic was another notable victory with Allan and Tim Leahey winning in the F430GT3.

2008 saw Team CCC update to the latest Lamborghini LP520 GT3 and also a refocus onto the Cue Sports Car Enduro series. We kept going in the 2008 Australian GT Championship with Maranello Motorsport's F430GT3, again driven by Allan. Although many date clashes with his overseas commitments saw some of those races with John Bowe instead. Maranello was again victorious in the Sandown 500. This association continued on through 2009 and 2010.

Team CCC also upgraded to a LP560GT3 in early 2010, the first one to appear down under and yet again it was engineered by Pat with many enhancements making it a formidable GT3 car, setting many lap records in it's first year of competition. This owrk bought more calls with stints at Melbourne Performance and Erebus in it's formative days.

The Bathurst 12 hour has also been a happy hunting ground with lap records (including the first car to get into the 2.04's and then the 2.03's) and ultimately victory in the 2014 race.

For 2016, the main focus is on the Australian GT Championship, the Asian Le Mans Series and GT Asia with succesful customers throughout these series.