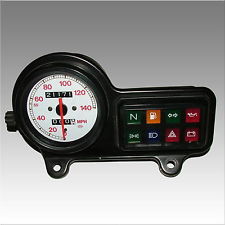 We've randomly been getting some Ducati's with a problem of the neutral light staying on dimly when the bike isn't in neutral after being fitted with a Microtec M197. Here's a quick fix for anyone else with this issue.

On a lot of late model Magneti Marelli bike ECU's the neutral signal is fed into a pin so the ECU can make decisions on mostly based on idle control. The way the ECU senses this internally is by picking up on the 12V power supply running through the circuit when the Neutral switch is activated. The microprocessor sees this and knows that the bike is no longer in gear. Easy. 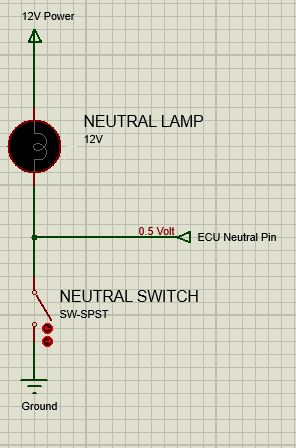 Except that in order to protect the microcontroller from unwanted voltage spikes and excessive voltage, the signal usually goes through some sort of protection circuit. In the case of the Microtec ECU's it has the unwanted effect of supply a tiny voltage (about 0.5 volts) back down the circuit to the warning lamp, thus making it glow softly even when the bike is in gear and riding down the road. 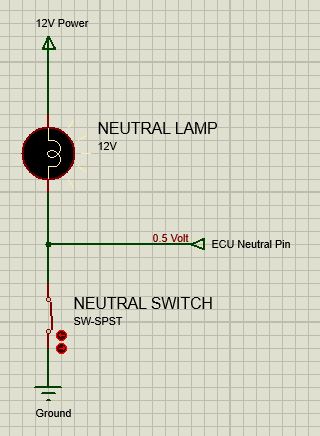 Is fairly painless and costs about 20 cents in parts. A simple diode inserted into the wire going to the relevant ECU pin is all that is required. A 1N4004 diode works as good as anything and is readily available from any electronics supplier like Jaycar or RS Components. This will prevent the voltage back feeding out of the ECU and into the globe. 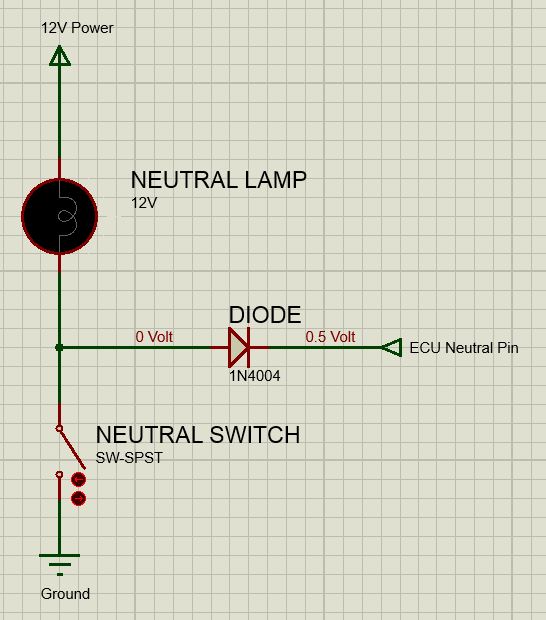 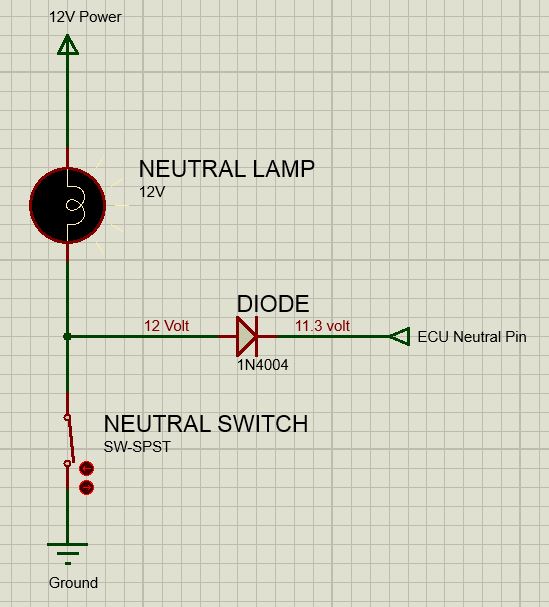 Take care to orientate the diode in the proper direction, the grey band should be on the end going to the neutral switch, not on the ECU pin end. This will stop the globe working at all.

Oddly enough, it doesn't seem to affect all bikes but has also popped up on some MV Augusta models using the Microtec M226. We've also since found that some bikes with the stock ECU also do the same thing so it's not even restricted to an M197 issue. This fix will work with those as well.