RF40 with a 347 Windsor, 8 barrel injection and bad manners. 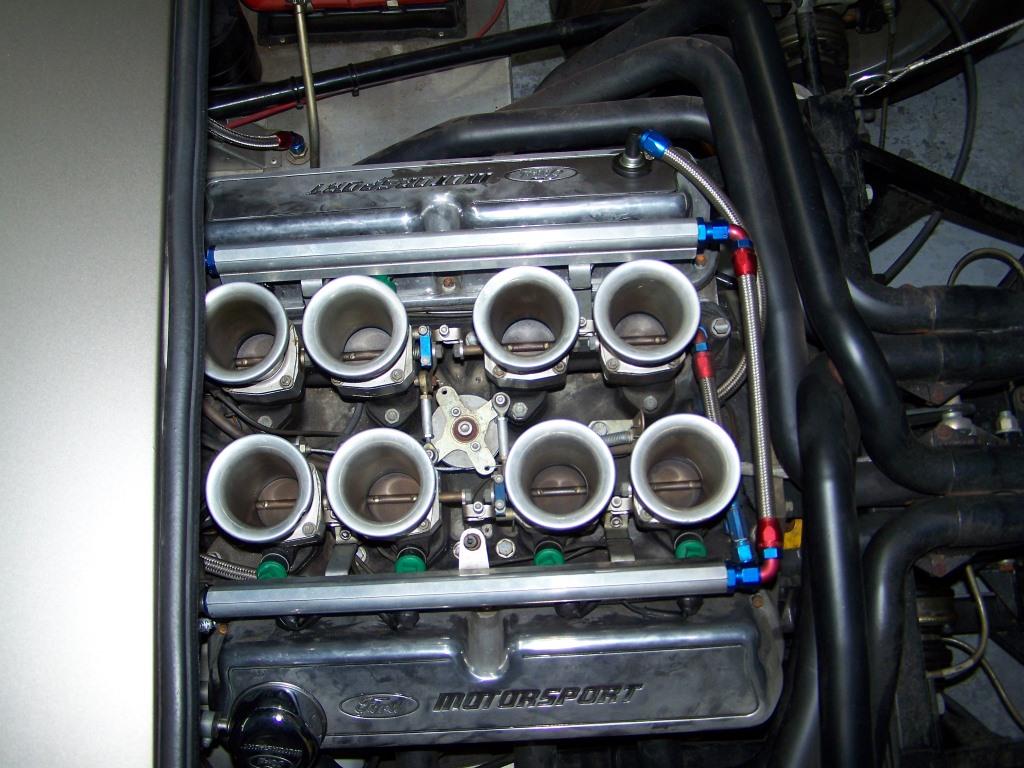 This one sounded the goods as it idled in the door, although it disappointed when it hit the rollers and was terrible to drive on the road.

"I don't want anymore horsepower! It's scary enough as it is!" went the phone call.

The new owner of this very low km RF40 just couldn't some to grips with the way this car drove and was wondering if he'd done the right thing. This all sounded very odd to my ears as of all the RF40's we've had in here over the years, they've typically been pretty damn easy to drive. Not so easy to get in and out of in a parking lot, but always easy to drive owing mostly to the torquey 302W and a very low vehicle weight of around 1000kg.

One trip around the block demonstrated vividly just how terrifying one of these are when done incorrectly. While it started easily and idled as wellas you'd expected for a big roller cam and quad IDF throttle bodies, pulling out of the Competition Systems car park was an unwelcomed surprise. Flat spot followed by a terrific rush of torque was enough to make me want to turn around immediately. Also, the tell tale popping out of the intake whne picking up the throttle meant that the throttle bodies were no where near balanced.

Safely back in the workshop, the throttle bodies were indeed terribly out of balance with a 30% discrepancy from the best to worst and none were within 5% of each other. The throttle position sensor was also one of those cheap Ford ones from the 90's which makes getting the low throttle opening right nearly impossible.The lambda's from both banks at least were close, but it was idling at 0.88-0.89 lambda which is more what it should be under WOT. This is another desperate move we see some tuners do to get around the throttle body imbalance. By making it richer, the popping kinda goes away. When this engine was bought back to lambda 1 at idle, it ran very rough and popped out of most of the trumpets. Adding to the angry/inconsistent idle was nearly 30 degrees of ignition timing.

The initial dyno runs were conducted over a range of throttle positions, starting on light throttle to get a feel for where it was. The answer to that was nowhere. Part throttle alternated between rich and lean and the problem was worse the higher it went. The ignition map was more like a flat plain with little variation anywhere. One full throttle run was accomplished and showed that this was going to be a start again job, not just a touch up. I was starting to think this engine had never been mapped until I saw a name brand tuners details in the map comments. 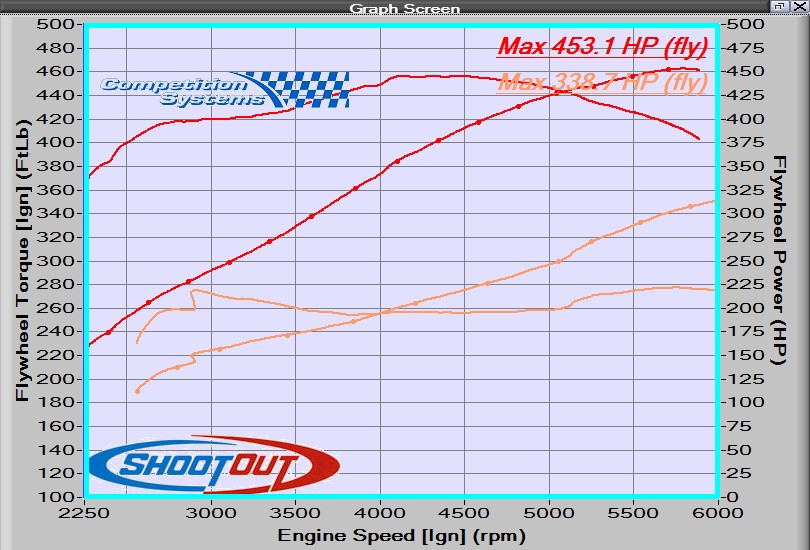 Thr first step was to balance the throttles, not an easy job as they weren't Jenvey TB's and the linkages were a pain. Fortunately, these RF40's were all fitted with Motec and this had an M84 in good order. With the fuel map cleaned up, the correction tables put in order and a valid ignition map, all eight trumpets sang a song right out to 6000rpm easily and made over 100 extra HP. So much for "no extra power". A road test was in order to see how it performed and the transformation was amazing. It would happily pull even 4th gear from not much more than idle to the redline and the throttle modulation made it a cinch to drive even in heavy traffic.

We later found out that this engine had melted itself down on the way to a track day after only a few hundred km's of street driving. Not hard to see why in hindsight.